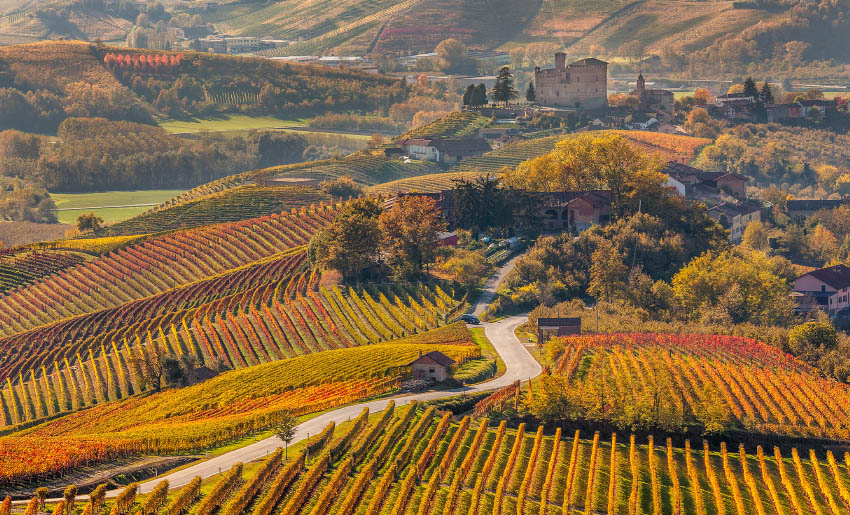 Many who visit Italy say that fall is the perfect time.  Not too hot, cooler at night but still warm during the day– and fewer tourists.  Even though September can be as warm as August on some days in some places in Italy, most people regard September as the beginning of autumn

One thing to note is the differences between the northern and more southern regions of Italy– PIedmont in the north will be warm in early September then begin to cool considerably, with November temperatures that can reach into the 40’s F; Puglia in the south usually has near perfect weather throughout most of the fall, with mean highs of about 72 degrees; Umbria in central Italy will have temperatures between the two, and tends to have fall precipitation, especially later in the season.

There are harvest festivals throughout Italy, and holidays such as All Saints Day.  In September, the grape harvest for Nebbiolo, the king of Piedmont grapes, gets underway, soon to become Barolo, Barbaresco and Roero red wines.  October begins the time where olives are harvested in Puglia, and in November the Tartufo Bianco prized white truffles come to market at truffle fairs and exhibitions, which usually also include local cheeses, cured hams, Umbrian sweets and more.