6 Inventions You Didn’t Know Were Italian

Everyone associates Leonardo Da Vinci and Marconi as the two greatest inventors in Italian history, but there are many things that came from Italy that help us through life every day besides the radio and the helicopter.  Besides pizza, the highway and ballet, here are 6 inventions that Italians created.

Telephone– The idea that single-handedly changed the way we interact with communication all started from the Boot. Innocenzo Manzetti and Antonio Meucci are two pioneers of modern-day communication. Manzetti created the first model of the electric voice apparatus in the early 1800’s but did not patent the idea as his own.  Soon after witnessing Manzetti’s primitive design, Meucci came along and patented the idea.  Antonio immig 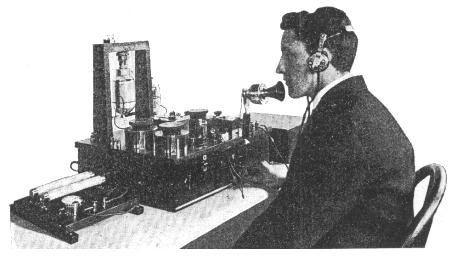 rated to Havana, Cuba in 1849 where he began working on his “talking telegram” idea, but soon after fell into poverty. He was unable to renew the patent, and the idea was later renewed by Alexander Graham Bell. Noticed you didn’t see any MeucciSouth or Manzetti Atlantic trucks driving down your street to fix downed phone lines.

Batteries- Batteries were not included before Alessandra Volta created the voltaic pile in 1800. Due to a professional disagreement with fellow physicist, Luigi Galvni, Volta decided to venture out on his own and create the pile to demonstrate an independent energy cell.  Without this genius Italian inventor, we would still have to get up to change the channel.

MP3- Where would Apple be today without the invention of the iPod or Sony Pictures be without the DVD? The MP3 made it possible for tech companies to capitalize on electronic instruments to convey sights and sounds to people’s homes.  Leonardo Chiariglione and his team at Movie Picture Expert Group developed electronic files capable of transferring movies and music digitally.  This invention literally gave birth to storing the sights and sounds of the digital landscape and revolutionized a generation of digital technology.

Barometer- How else could the weatherman predict rainstorms and other changes in the pressure of the atmosphere without the work of Evangelista Torricelli?  Creator of the barometer, Torricelli’s work shed a lot of light on the mystical world weather. Being able to predict pressure and explain how wind occurs were two very huge accomplishments in his 39 years on the planet.  Thank you sir for helping me figure out when that 5:30 thunderstorm is going to ruin my ride home from work.

Eyeglasses- If you can’t see why Italians inventors play a big part in society, you may want to get your eyes checked.  Eyeglasses are a product of Salvino D’Armato’s desperate attempt to correct his vision after he damaged his eyes while examining light refraction in 1284.  Though many people dispute the Armato as being the true inventor, the true story of who really invented eyeglasses is rather fuzzy.

Jeans- Who could imagine the most popular textile of the modern era were worn by Genovese sailors in the early 1500’s.  The word “jeans” is derived from Genoa.  A combination of linen and cotton for sturdiness, jeans were worn by field workers and peasants.  Jeans that were dyed blue were considered a sign of higher nobility as the colors were introduced from imported Indigo from India.  Leave it up to Italians to come up with one of the most popular item in fashion.