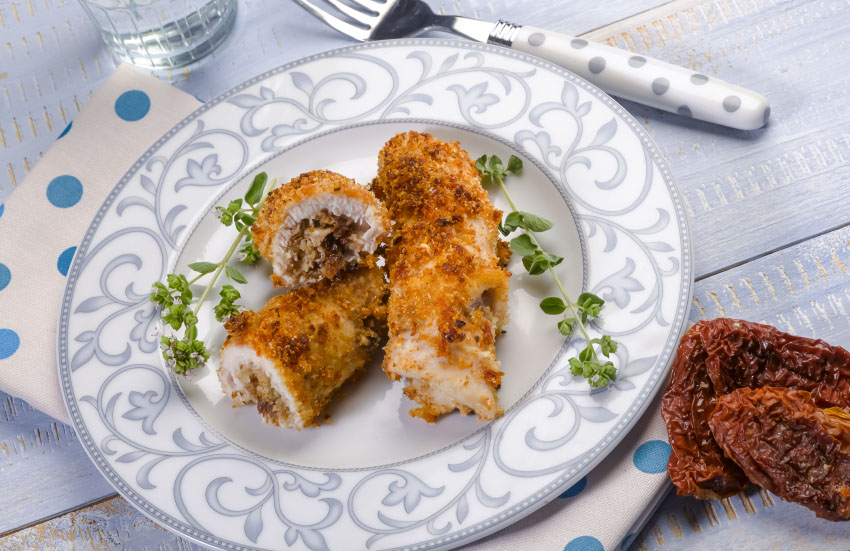 < Back to Recipe Listing

Votes: 0
Rating: 0
You:
Rate this recipe!
Rate the recipe
Time
Level of Difficulty

Sicily is not only the largest region in Italy, it also is an island surrounded by sea and a strategic point in the Mediterranean all throughout history. As such, the cuisine relies on fish and has been influenced by several cultures such as Greek, Spanish, French and Arab.
Involtini di Pesce Spada is a traditional Sicilian dish of the region around Catania. The swordfish steaks are filled with a mix of Flora Gourmet Breadcrumbs, capers and currants, rolled and fried in olive oil. There are variations of this dish in other parts of Sicily where the filling can differ.
We recommend Flora Orzo as a side dish.