If life imitates art, and pasta is life for some people, it’s safe to say that pasta can imitate art.  Each of the different designs that pasta takes on have different utilities and qualities that make each of them unique to their beholder. Art takes on a similar approach to humanity.  An artist’s work can invoke several different meanings, emotions or interpretations just like different designs of pasta can be used by a chef to create several different recipes.  Today, Pasta Pedigree explores the greatest masterpieces of Italian art and what kind pasta it would be.

The Tuscan painter, Leonardo Da Vinci, put together this masterpiece that capture the final meal of Jesus and his disciples that brought together human emotion and the reaction of Jesus Christ’s followers when they heard the news of his upcoming crucifixion. Much like pappardelle, this painting is a Tuscan treasure that is bold and rich with flavor.  Da Vinci’s interpretation of Christ’s last moments is drenched in emotion that is apparent in the body language of all the Disciples which is splattered by the vivid hand gestures and striking facial expressions. Pappardelle is much like the painting as many of the traditional Tuscan dishes that it is at the centerpiece of recipes with bold meats like hare or Wild boar.  Da Vinci’s put together this wonderful recipe for the world to devour that leaves the taste buds of the mind having to digest one of the heaviest moments in human history. 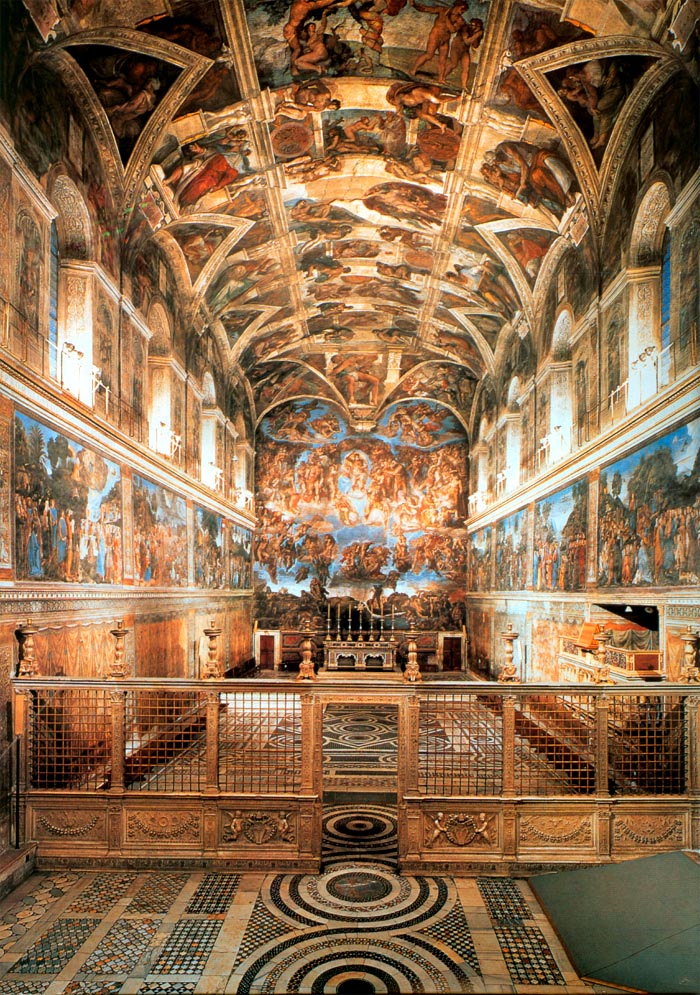 There is nothing that isn’t stuffed into this grandiose portrayal of Man’s creation by the Italian painter, Michelangelo. The Tuscan artist spent 4 years on his back creating one of the most breathtaking pieces of art the modern world has seen.  Filled with story lines from Genesis, the painting covers all of the Sistine Chapel. It’s kind of a metaphor to compare a piece of filled pasta with this masterpiece.  Both encompass beauty on their outside, but it is what is on the inside that takes your breath away.  When Donato and Michelangelo collaborated on the exterior of Saint Peter’s Basillica (where the Sistine Chapel is housed), they used unique cuts and geometric designs that brought out the true brilliance of the project, but what is found on the inside is beyond the comprehension of human thought. It’s almost divine kind of like the exterior of a tortelloni. Much like the reaction of people when they walk into the Sistine Chapel, when someone bites into a tortelloni, the flavor of what is packed inside is why they choose the dish. Tortellonis are traditionally packed with rich flavors like ricotta cheese, porcini mushrooms or white potato filling that leave a person’s taste buds overwhelmed like a tourist staring at the ceiling of  (the Sistine Chapel for hours. 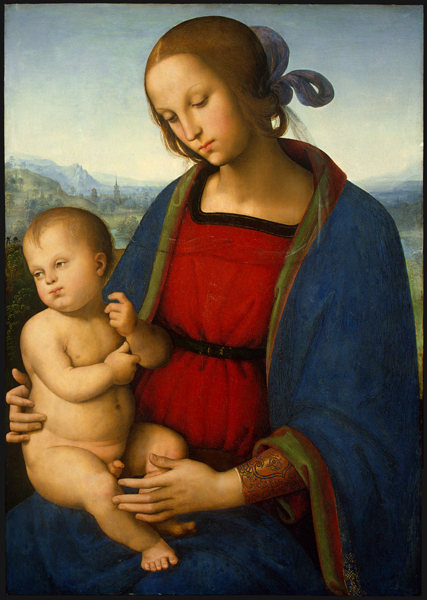 Nobody captured the feminine and intimate nature of motherhood more than Raphael. His paintings of mothers and their children appear throughout his life. The painting of Madonna and Child brings together the femininity of motherhood, and the undying love and connections between mothers and their children. Tagliatelle pasta is a feminine by name and inception. Based on a countesses hairstyle, the creation and design of the pasta resembles the curly hair of Catherine of Savoy and captures all the sauces that are encompassed in the dish.  Much like the loving arms of the Madonna, tagliatelle pasta wraps around just about anything that you put in the dish.