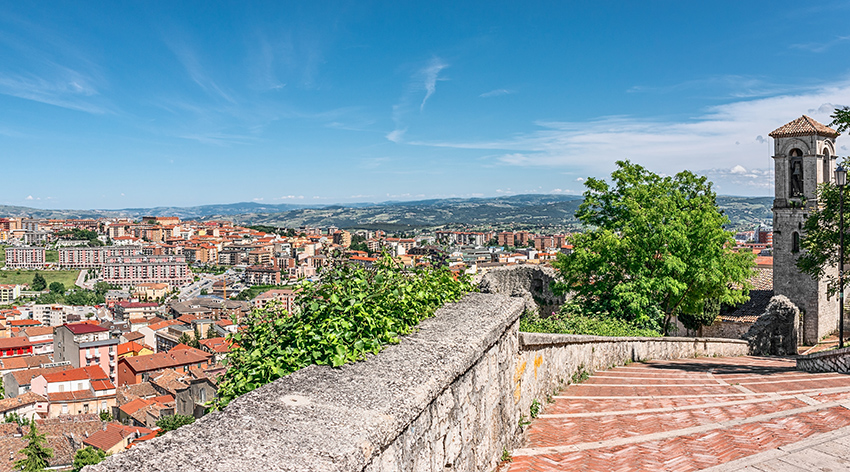 Although Molise used to be combined with nearby Abruzzo, it split off in 1963, making it Italy’s youngest region. Largely undiscovered by most tourists, Molise’s small size and relative obscurity has come to be known as the “Molise Conspiracy.” The Italian public jokes that it does not exist. There’s even a popular book titled Il Molise Non Esiste (Molise Doesn’t Exist)! The novelty of the area keeps it a well-preserved secret among locals, proven by the population size, which has remained about the same since Molise was founded.

It’s considered one of the most authentic places in Italy, with most establishments and walkways being hundreds of years old. Industrial buildings are sparse here, although there are some placed between hills and farmlands. Most of the area is covered in rugged mountains and ancient settlements. Walking through more of the inland towns, such as Isernia, you’ll find awe-inspiring architecture dating as far back as the Prehistoric Era.

Among them is Sulmona, was dedicated to Pope Celestine V in the thirteenth century. The soft sands and clear, warm waters of the quiet beaches along the coastline make it wonderful for solitude and relaxation.

The authenticity of Molise is also reflected in their cooking. Not only is the region justifiably famous for their own signature pasta shape, Cavatelli, but also as the originator of a traditional slow-cooked spicy roast pork, Pampanella Molisana.  It can be eaten warm, cold, as a secondo or main dish, as a sandwich, or part of an antipasto, or even minced fine and used in homemade ravioli.

This dish is so famous poets have even raved about it:

The rough translation?  Pampanelle is a specialty, have a little in the sunshine of the municipality of San Martino.