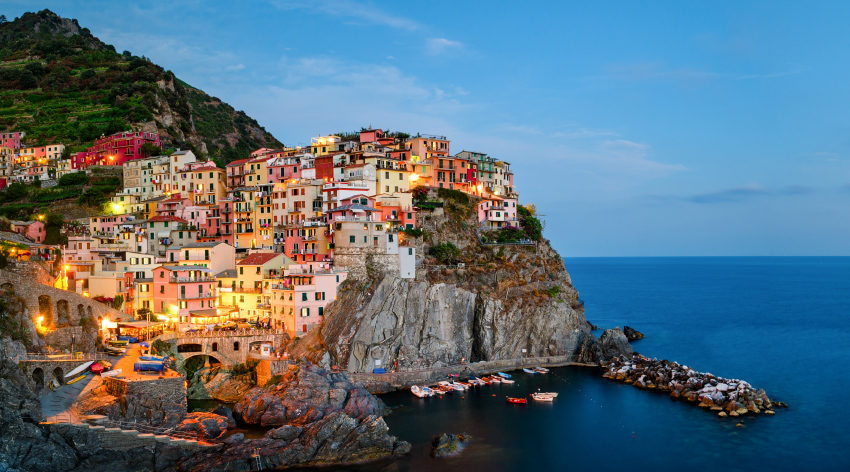 Bordered by the Ligurian Sea, the Alps region’s hosts many famous attractions and boasts a dense population. Liguria is the place of origin of pesto, a tribute to the large number of pine trees found throughout the region.  This is now a world-wide favorite sauces, made from a combination of basil, pine kernels, olive oil and parmesan cheese.

The area’s tropical coastline is met with its mountainous region. The capital is Genoa, the birthplace of Christopher Columbus and Europe’s biggest historic city center. It’s also home to the famous Genoa Salami, which is commonly referred to as a “soft salami,” with its distinctive spice blend and higher fat content than typical dried salumi.  Throughout Genoa you can enjoy international cuisine, a nod to the immigrants and tradespeople that historically traveled to the harbor nearby.

It’s rumored native Ligurian Simonetta Vespucci was the original model and muse for Sandro Botticelli’s noteworthy painting, The Birth of Venus. Claude Monet also found tremendous beauty during a visit to Dolceacqua, a village in Liguria that inspired him to paint Bridge at Dolceacqua in 1884. The region’s Gulf of Poets (or Bay of Poets) is a popular attraction among artists and authors alike. Dante, Percy Bysshe Bysshe and Mary Shelley and Lord Byron are some of the notable writers who became mesmerized by its beauty:  sea landscapes, stunning beaches and soothing natural wonders.