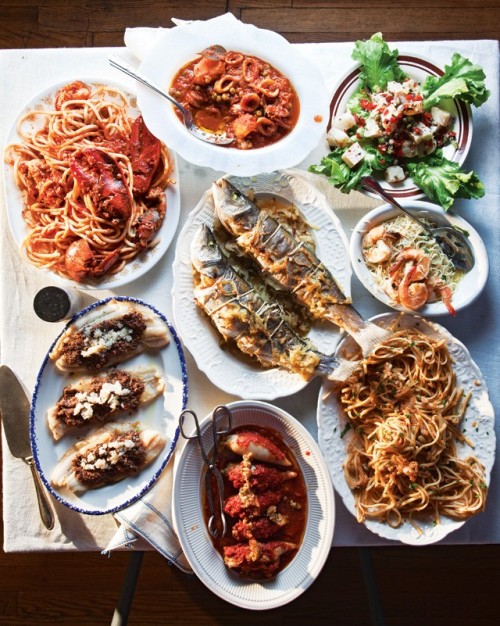 Feast of the Seven Fishes: Christmas Eve With Your Italian Neighbors

As you may already know, Italians take holidays very seriously. Any celebration that incorporates family coming together brings along enough food to feed several small platoons.  Christmas Eve marks the celebration known in the Italian community as La Vigilia di Natale or “The Feast of Seven Fishes”.  Popular in Roman Catholism, Italians celebrate the eve of the birth of Jesus with several (not just seven) dishes all from the sea.  Much like lent or Good Friday, Italians Catholics do not feast on meats or cheeses until Christmas Day.

There are several theories behind why Italians refer to the number “7” to be behind the name of this festival, but many people link it to the Biblical reference of the number over 700 times.  Also, a very popular reference is the passage from Genesis 2:2 that references God resting on the 7th day after all the work had been completed. Others look to the Roman Catholic church and the seven sacraments.  Another popular theory from Italians is that Rome had seven hills that surrounded the city.  Those hills protected the body of the empire from invasion, and the feast was to protect the body from hunger.

If you are even given the gift of being invited to such a wonderful feast, be sure to bring your appetite and an open-mind to trying seafood that isn’t traditionally served at your Red Lobster.