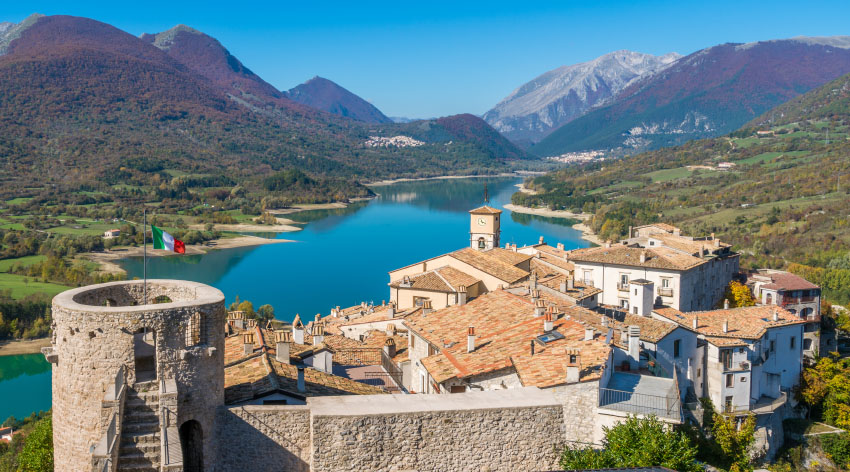 Abruzzo (uh·brut·sow) is located opposite Rome and the Lazio region, in the eastern portion of the mid-part of Italy, bordering the Adriatic Sea in the east and extending west into south-central Italy.  National parks, nature reserves and the Apennine Mountains form part of the rugged interior– in fact, nearly half of all of the territory is set aside and protected.  Home to the golden eagle, the Apennine wolf, and the  brown bear, Abruzzo has Medieval-era towns dotting the hilltops and monasteries in the countryside.

Not to mention Europe’s southernmost glacier– Calderone.  The walled city  is the capital.  The Trabocchi coast is host to Abruzzo’s many beach towns and is also home to one of the longest cycling lanes in Europe along the sea.  With a population of about 1.3 million, Abruzzo is rich in tradition, history and art and some of the most breathtaking scenery in all of Europe– despite its relative unfamiliarity to Americans.

The motto of Abruzzo is “Forte e Gentile,” which means “strong and kind,” and refers to both the physical character of the region and the character of its inhabitants.