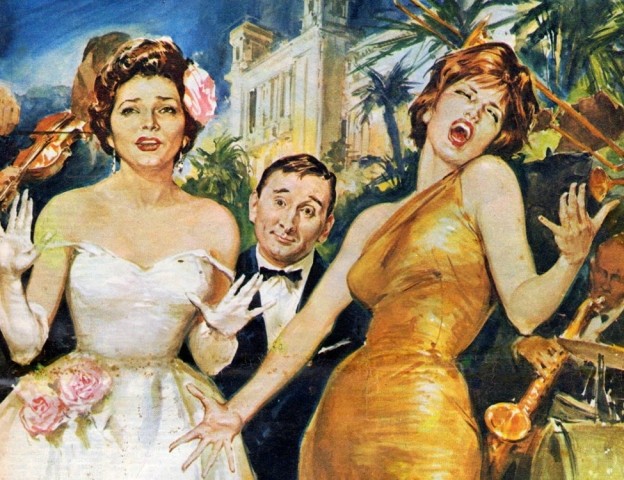 4 Musicians That Will Bring Italy To Your Dinner Table

When you decide that you’re going to cook Italian, what better way to really infuse yourself in the culture than to experience some authentic music.  We’ve all sat down in your classic Italian restaurant and heard “That’s Amore” and “Tarantella”, but the Italian dinner experience is more than just the stereotypes that Americans have grown accustom to. Italian music is about the romance and passion that resonates through heart-felt lyrics and adds to a majestic landscape filled with wanderlust and beauty.  Flora Fine Foods’ Tomato Talk has put together a list of 4 musicians that will truly take you on a journey through Italy’s bounty without leaving your dinner table.

Claudio Villa is one of the most popular tenors that Rome every produced.  Selling over 45 million albums, Villa created over 3,000 songs including “Tazza ‘E Cafe” and “La Strada Del Bosco”.  Claudio Villa started his music career by winning the Sanremo Music Festival 1955, 1957, 1962 and 1967.  Claudio’s talents began to extend to musicals as well, where he appeared in 25 during the span of his life. He was a master of the stornello, which is a traditional song style that opens a film.  In 1987, Italian television announced the sudden death of the star due to a heart attack on the final night of the Sanremo Music Festival.

Lucio Dalla was born in Bologna in 1943 and began his musical journey as a clarinet player in a jazz band that he started with future Italian film director, Pupi Avati.  After realizing Dalla’s exceptional talent, Avati decided to leave the band.  Avati noted that his friendship with Dalla inspired the film Ma quando arrivano le ragazze? Dalla and his jazz band, Rheno Dixieland Band, first showcased their talents at the Jazz Festival in Antibes, France in 1963.  They won first prize. Dalla ventured off into solo career in the mid-1960’s and went on to produce 22 studio albums, nine live albums and five live concerts.  He died suddenly of a heart attack in 2012 in Switzerland the day after a performance. Over 50,000 people attended his funeral in Bologna just days after.

Emilio Pericoli was born in Cesenatico, Emilia-Romagna in 1928 where he began his singing career at the Sanremo Festival.  Pericoli covered Al di la’ and recorded the song in 1961.  The song sold over a million copies and received a gold disc.  He later worked with composer Tony Renis on Quando quando quando which was known as one of his biggest Italian hits.

Vasco Rossi was born in Zocca in the province of Modena of Emilia-Romagna in 1952. With his father a truck driver and his mother a housewife, Rossi spent a lot of time with mother as his father was on the road.  One day his mother heard Vasco singing in the yard, and she decided to enroll him into a singing school.  This choice was very peculiar within the mentality of a small village in the Zocca region. Rossi immediately fell in love with music and soon after started his first band.  Rossi later moved to Bologna with his family and opened his first music club and founding a private radio network called Punto Radio.  Rossi went on to record 23 albums and create 12 DVD’s of his live performances.

When you experience something new, it’s important to embrace all the senses. Besides the sight of a beautiful dish and the smell, the sound of a wonderful and authentic Italian tune can add depth to the lovely memories you make around the dinner table with your family.